Founders’ Day is traditionally a very important day in the school calendar when members of the school community meet to commemorate the one who founded the school and those who have contributed resources to its development. The Founder’s Day was celebrated with great enthusiasm in our school on 16.11.2021. An atmosphere of celebration filled our school when the members of the Yenepoya fraternity along with the students and the entire staff gathered to celebrate the Founder’s Day which marked the vicennial year of the school.

The programme began with the introduction by the MC, Mr Valentine Crasta. This was followed by seeking of God’s blessings with a prayer song by the school choir group followed by school anthem . The MC then called upon our beloved Principal Mrs. Grace Noronha to deliver the welcome speech. She spoke about all those who helped in the growth of the Institution and thanked them for their unfailing support. This was followed by the Introduction of the Chief Guest Dr Gangadhara Somayaji K.S., Registrar, Yenepoya (deemed to be University) by Mr. Sushil Rathi. The Chief Guest highlighted the importance of education and spoke about various fields and career paths. He mentioned the immeasurable contributions of our Founder, late Al-Haj Moideen Kunhi whose vision and guidance led to the establishment of this wonderful school. He spoke about the progress of the university over the years and announced scholarship for meritorious students who would want to enroll in a professional course under the Yenepoya Institutions.

Al Haj Yenepoya Abdullah Kunhi, Chancellor of Yenepoya Deemed to University, delivered a short yet interesting speech and praised everyone who have helped the growth of the school. Ms Deepthi and Ms Harshitha, faculty of the Yenepoya School read out the citation and briefed us on the winners of the ‘Best Teachers’ award, Mr. Subramanya V and Mr. Ningaraju K P, respectively. The winners were selected by a diligent process from a mountain of applicants, by the members of the Scrutiny Board - Dr. Arun Bhagwath, Director (Quality, Assessment and Compliance) Yenepoya Deemed- to- be University, Dr. K. K. Achar, Ex. Bio Statistics, Yenepoya Deemed to be University, Research Centre, Dr.Sumanth Shetty, Bellipady, Paediatrician. The winners were then felicitated with a shawl, citation, memento, fruit basket and a cheque for Rs 10,000. The awardees then spoke about their experiences, which led them to be honored on this day. Mrs Mishria Javeed, our energetic Campus Director of The Yenepoya School and Yenepoya Pre University College enhanced this occasion with her presence. Prof. Dr M Abdul Rahiman, former vice chancellor, Kannur & Calicut Universities, and Mrs Nasreen Abdulla Kunhi also graced the occasion. All the honorary members gathered for a group photograph on this special day. Our dynamic pro-chancellor Mr. Farhaad Yenepoya in his presidential address spoke about the vision of our multifaceted school and praised the school for its marvelous achievements. He thanked the guests for making time and attending the Founder’s Day program. Ms. Nidhi, faculty of Yenepoya PU College,proposed the vote of thanks. The students of class IX and X, and PU students attended the program. The program culminated with singing of the National anthem. 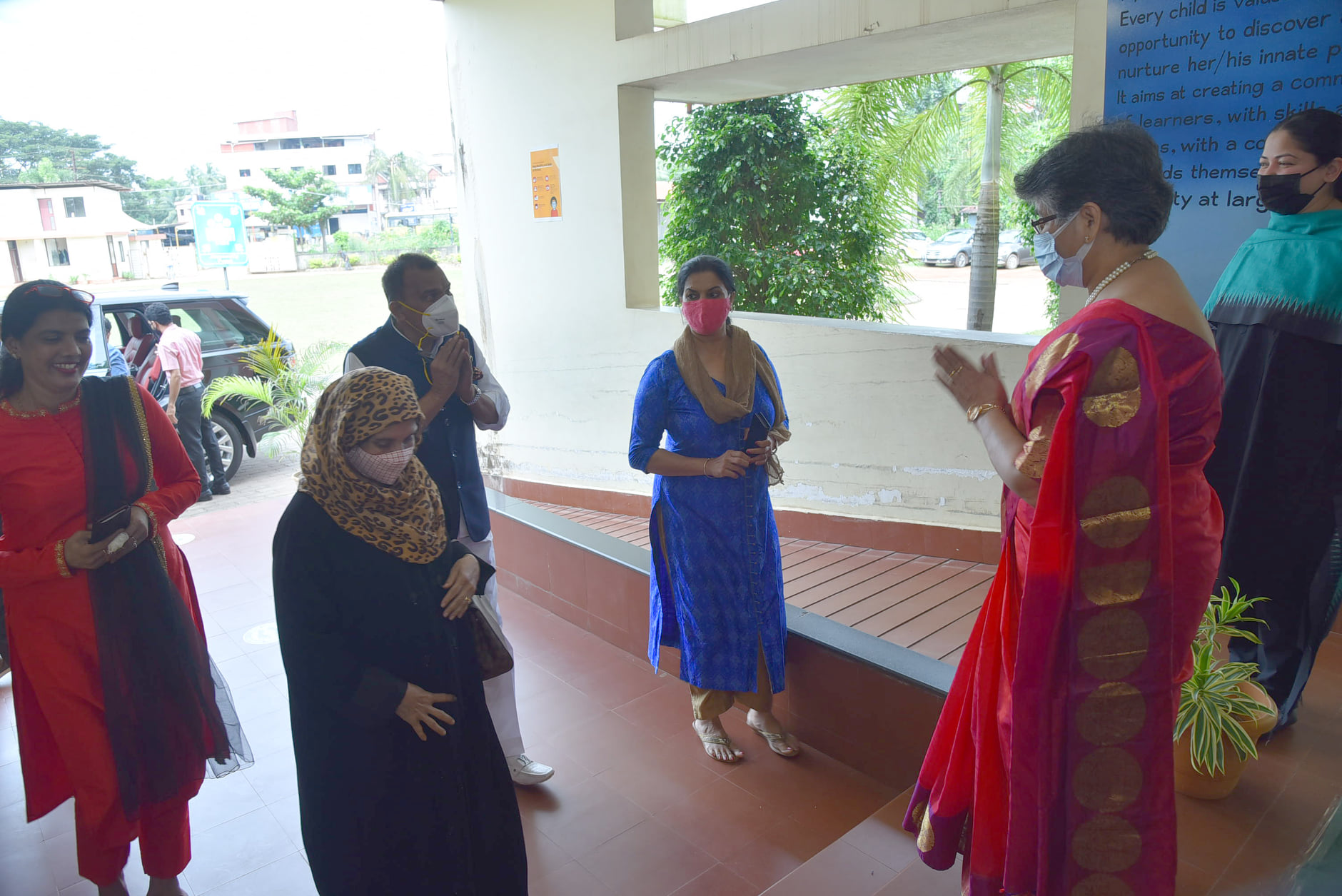 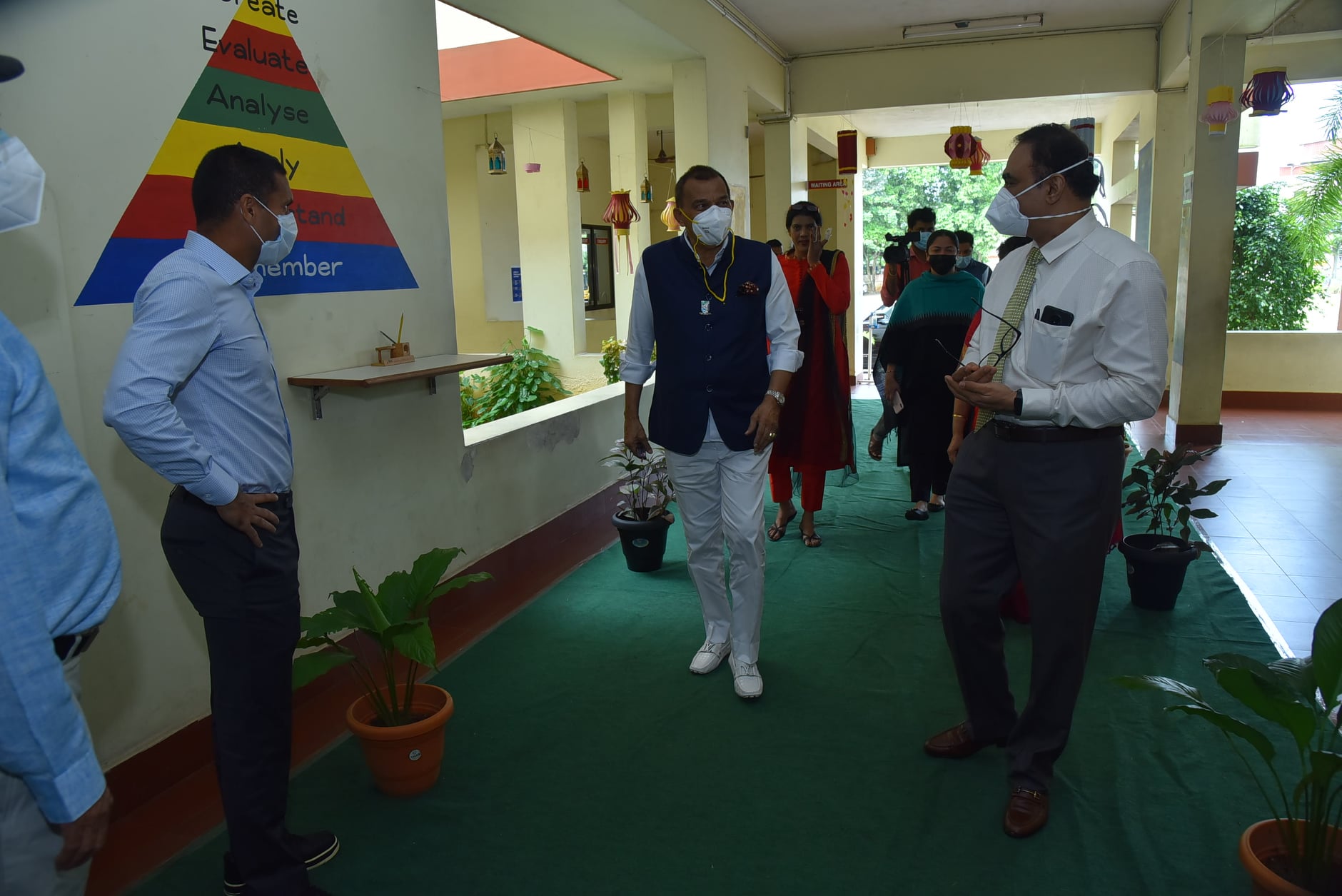 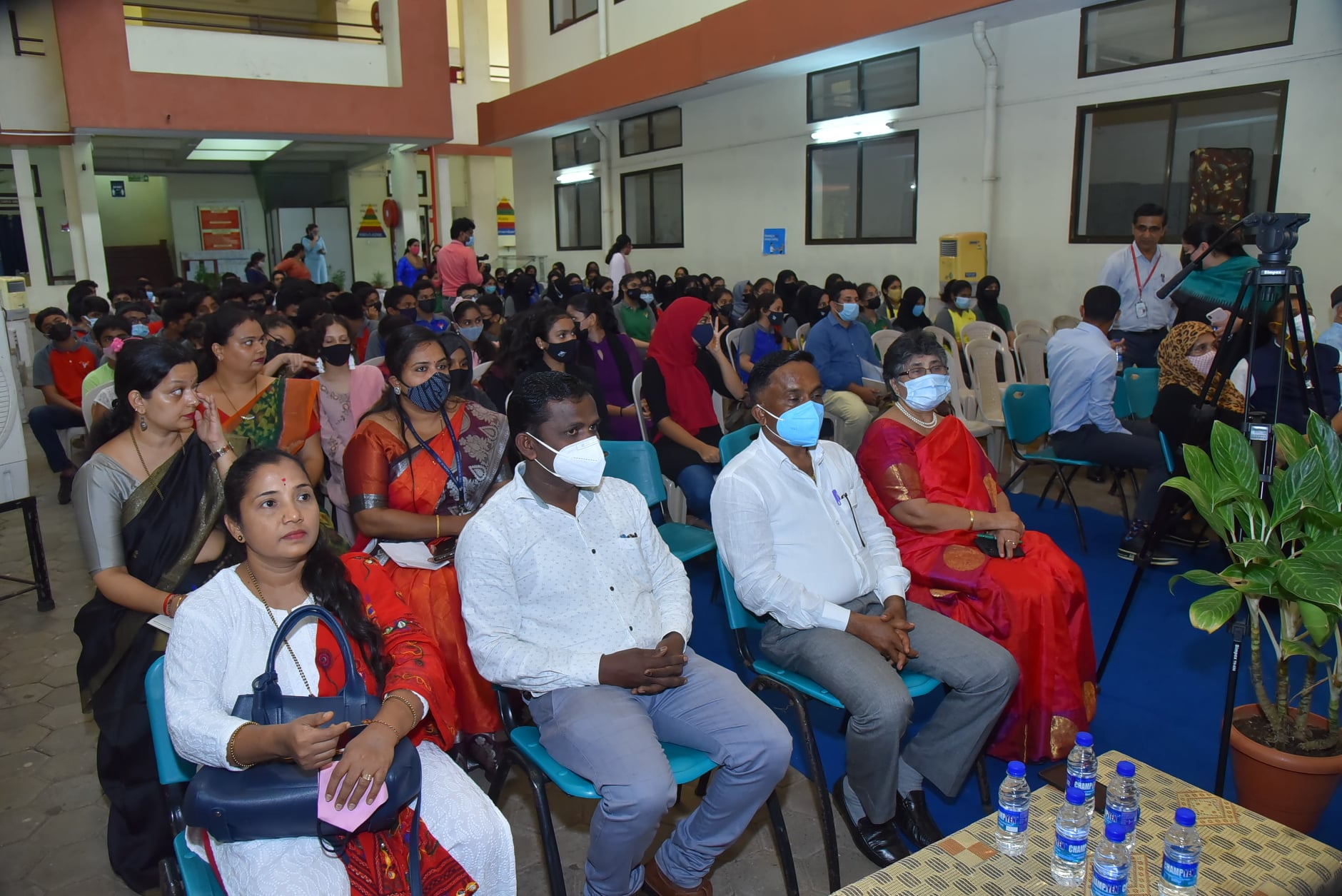 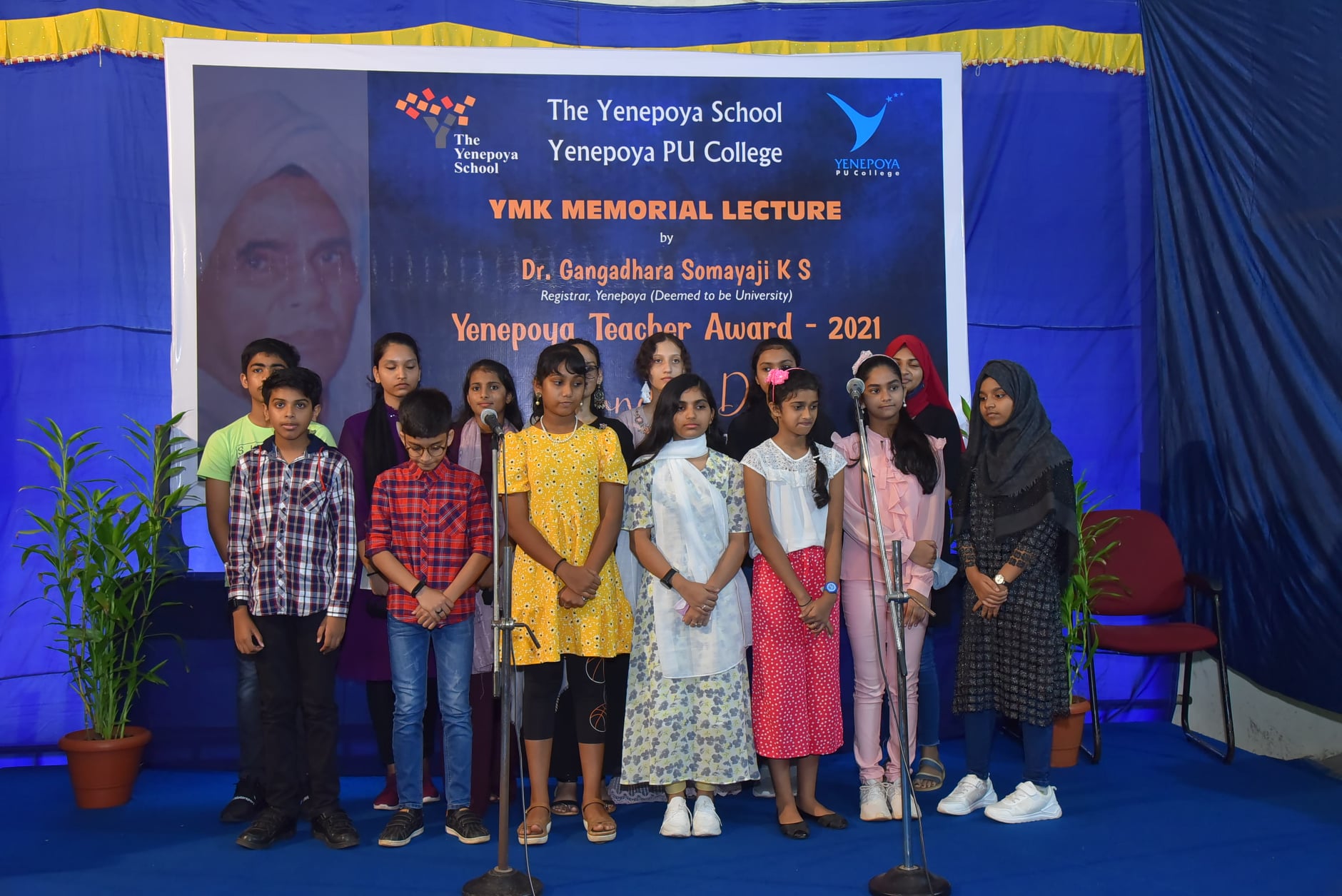 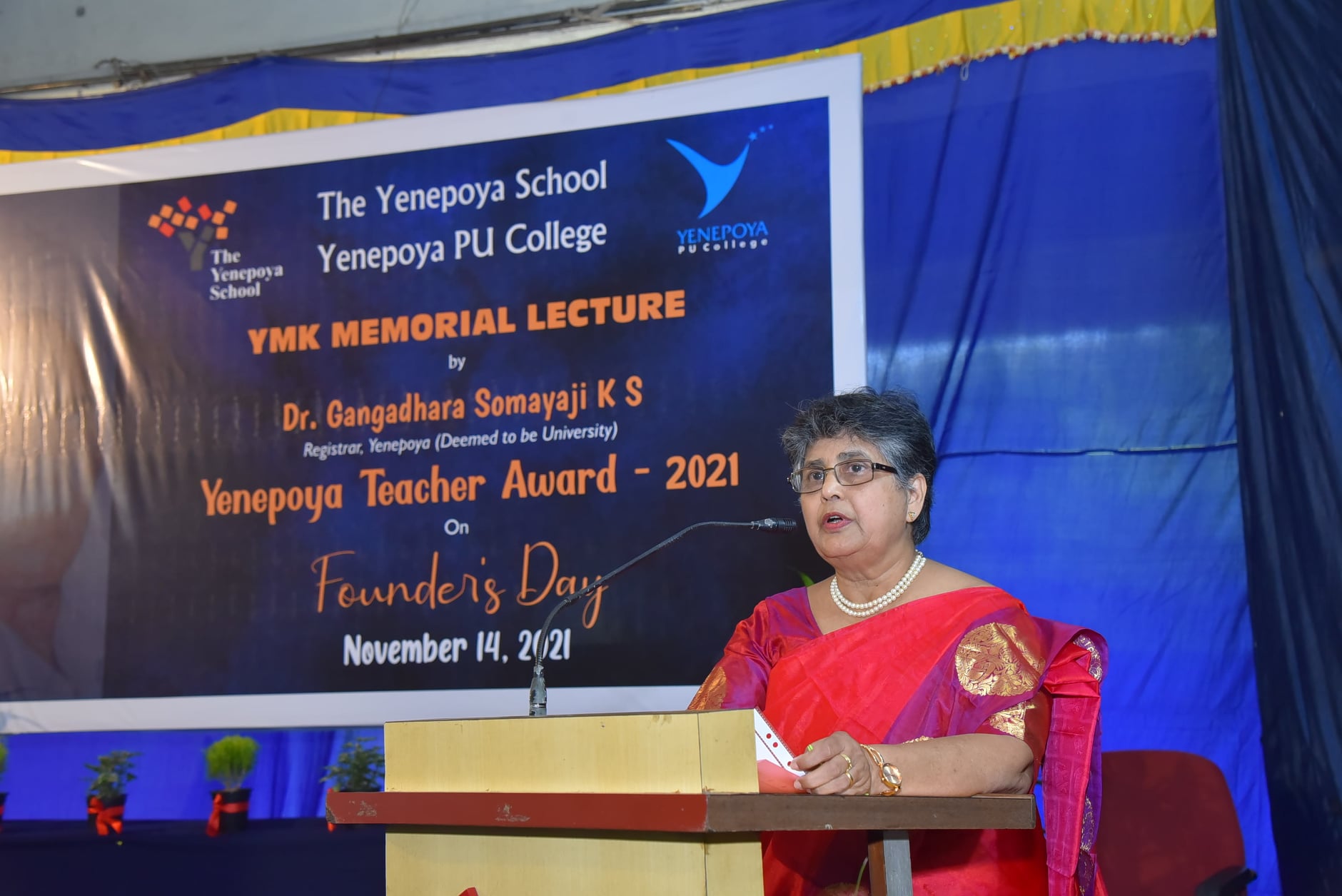 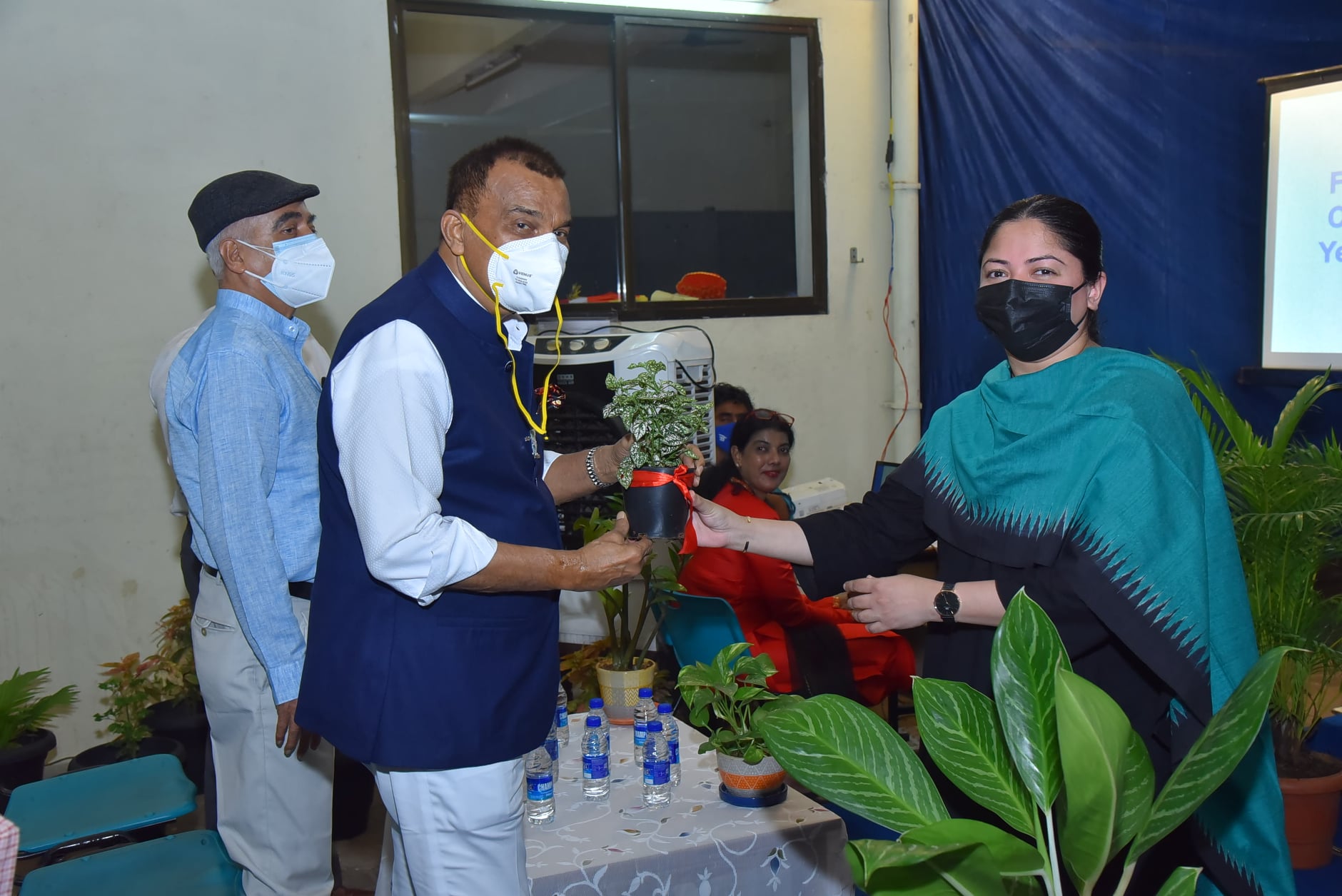 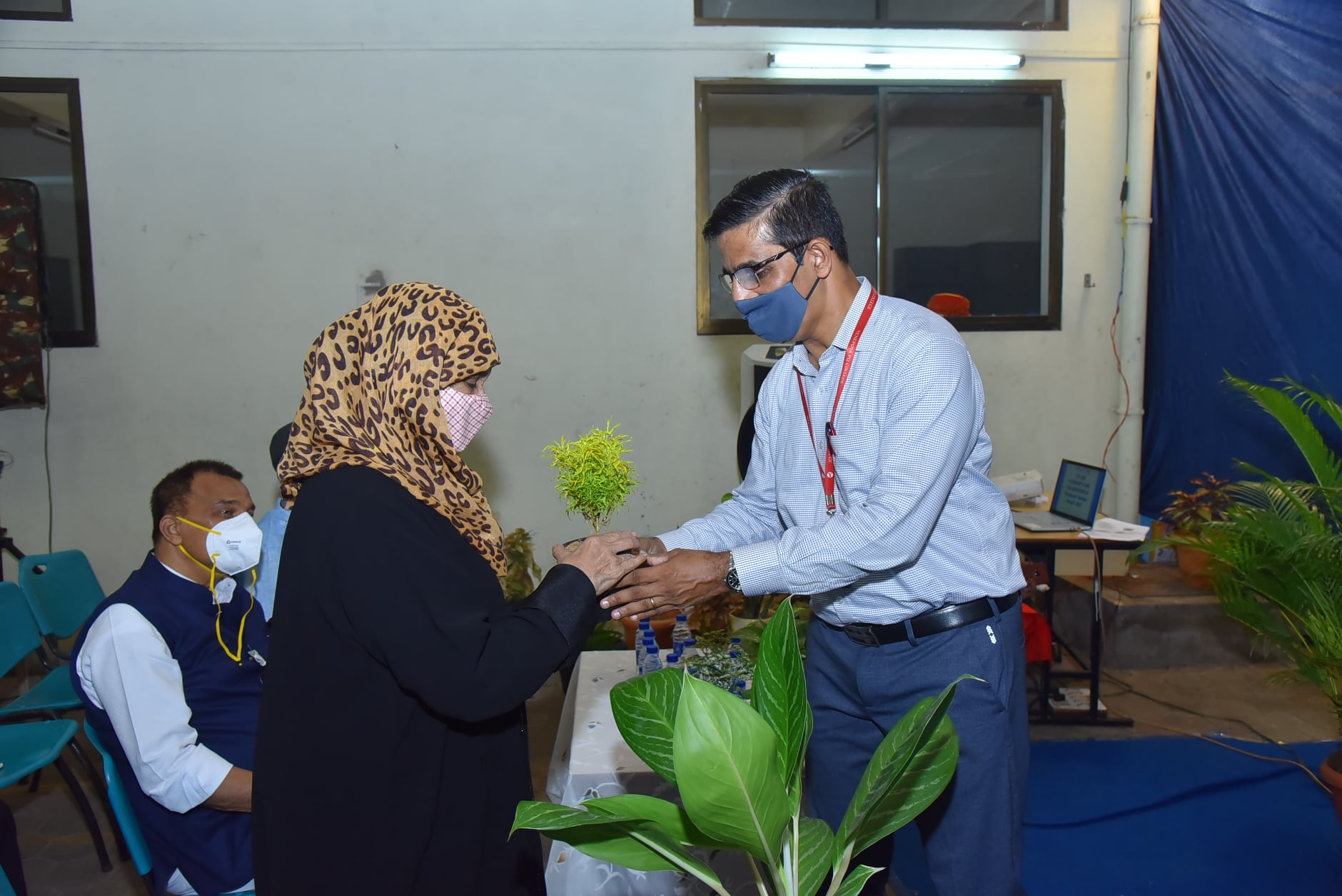 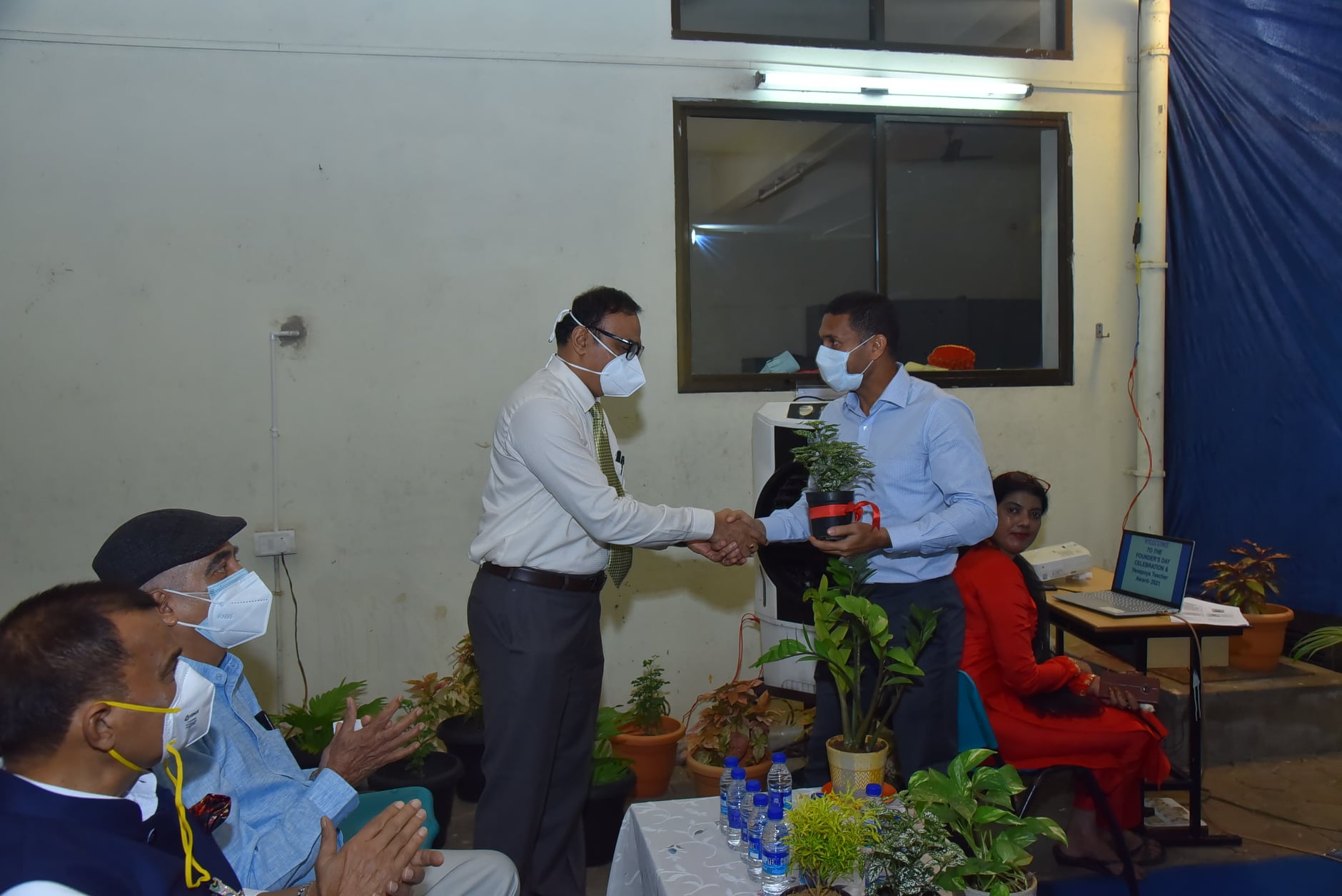 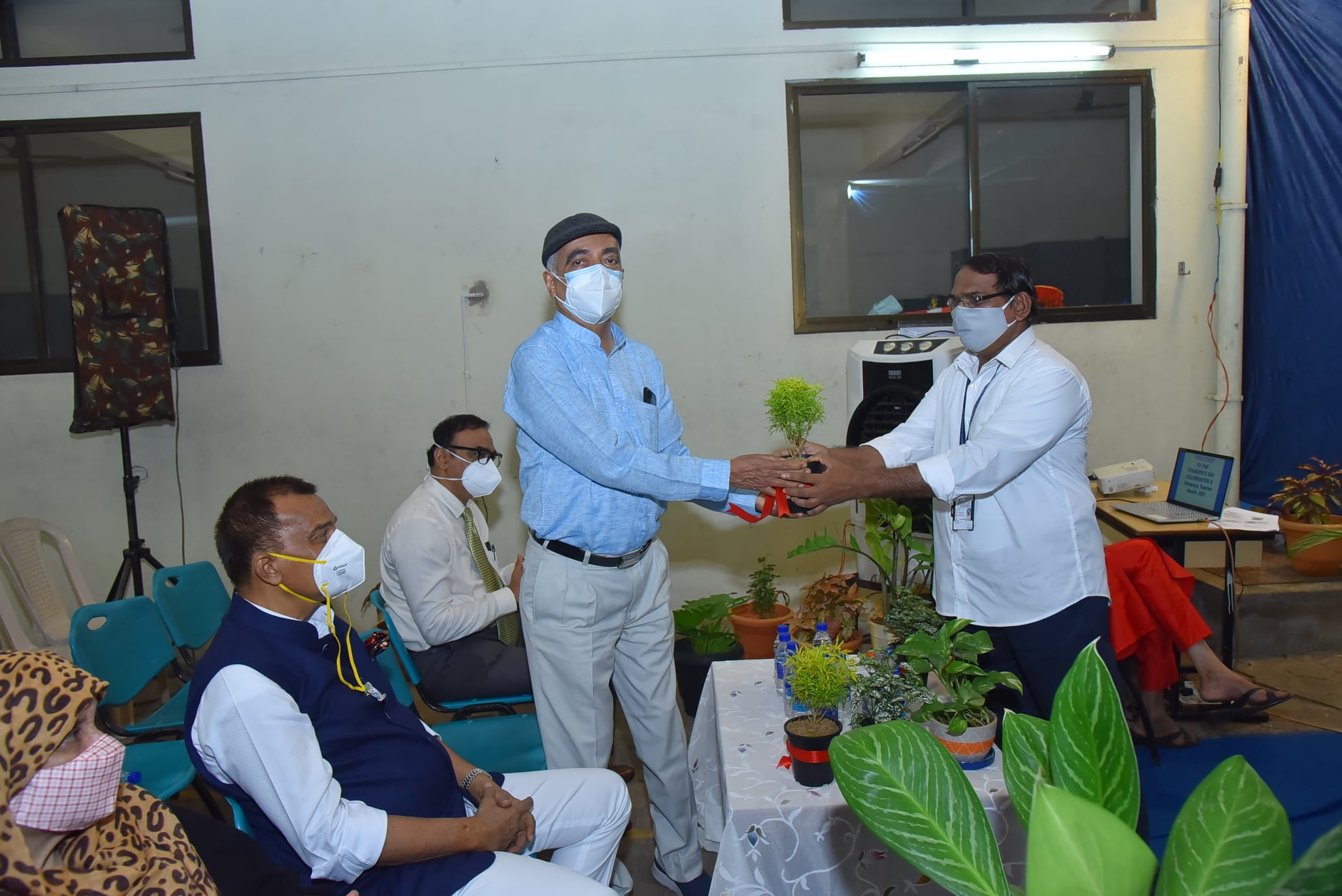 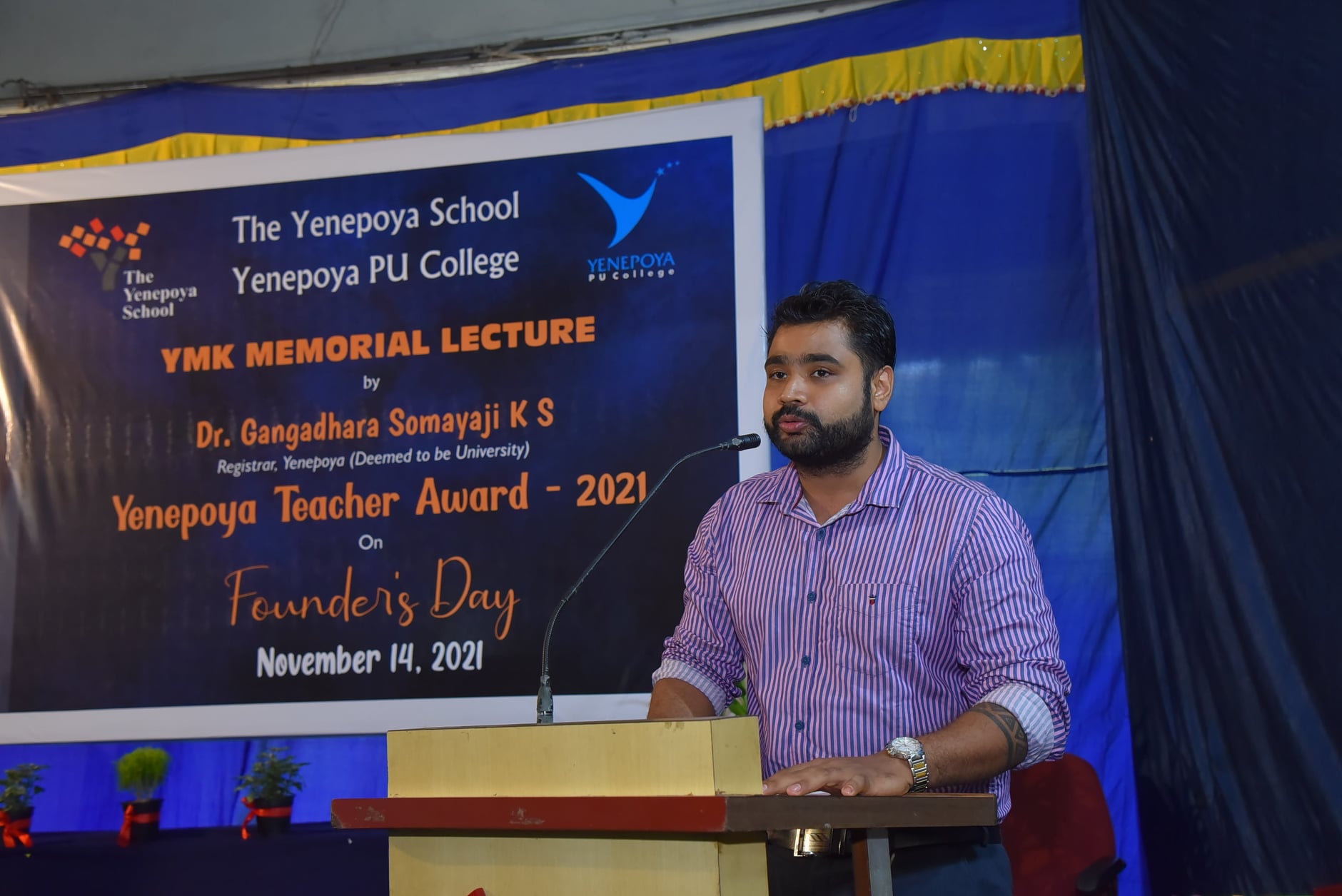 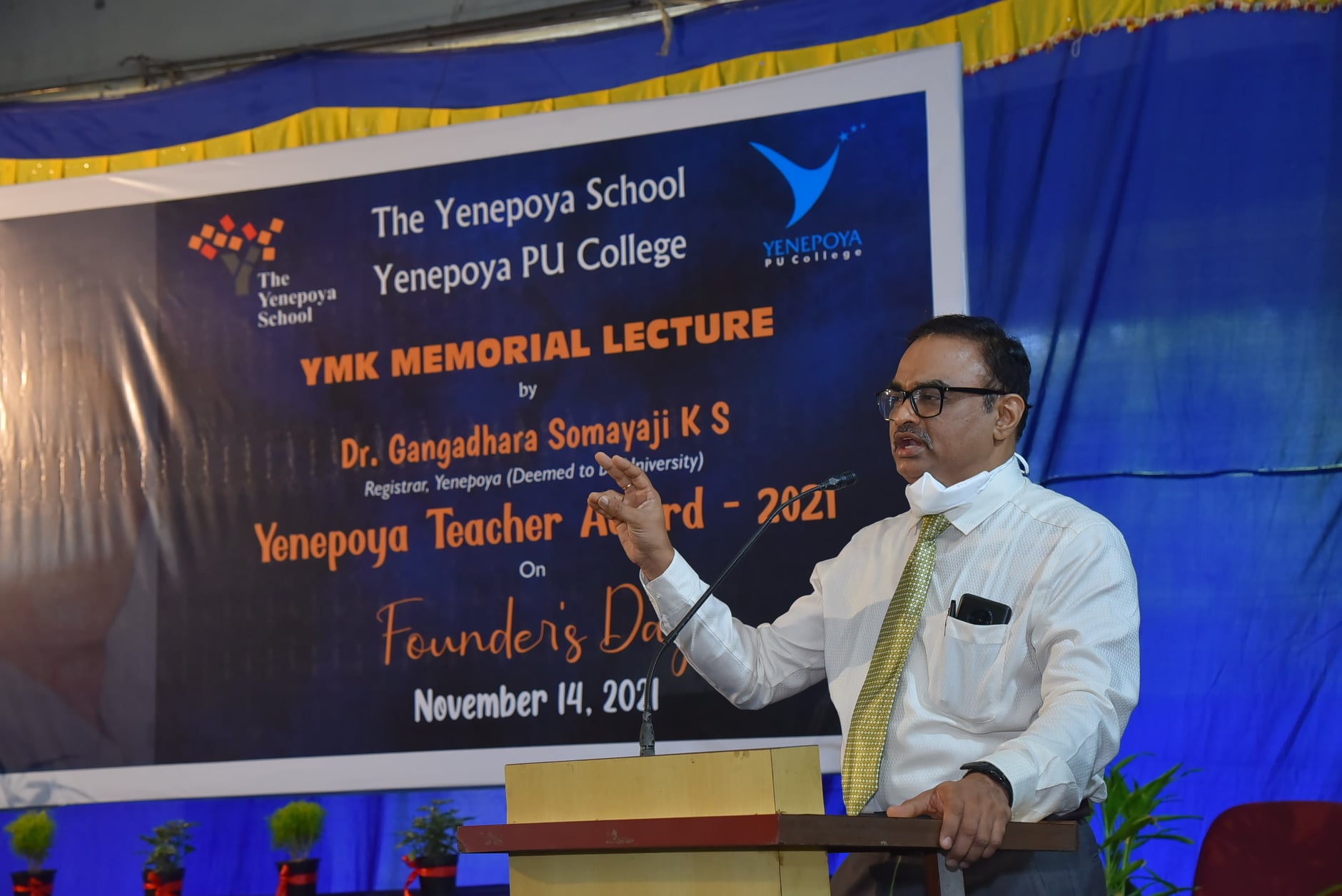 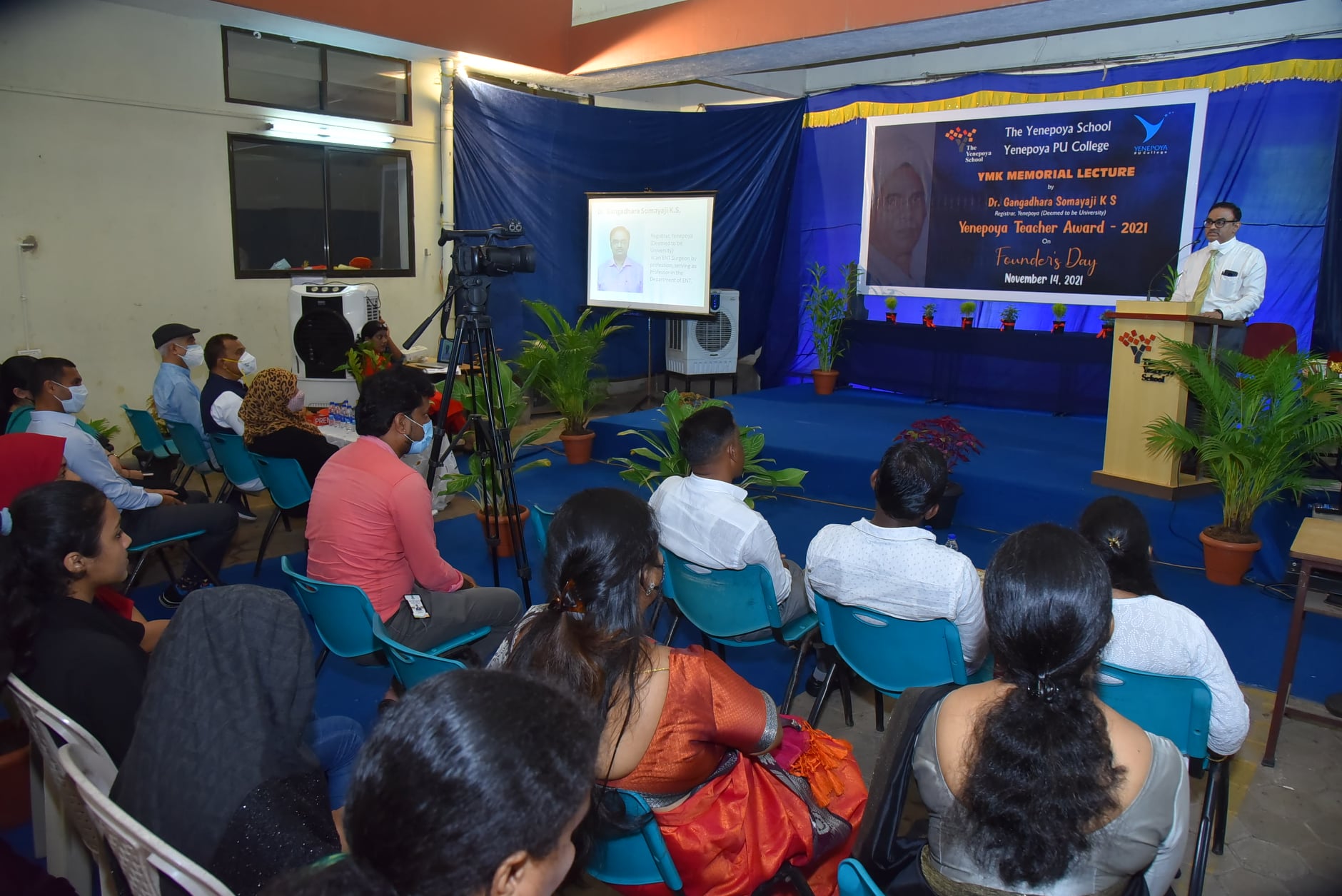 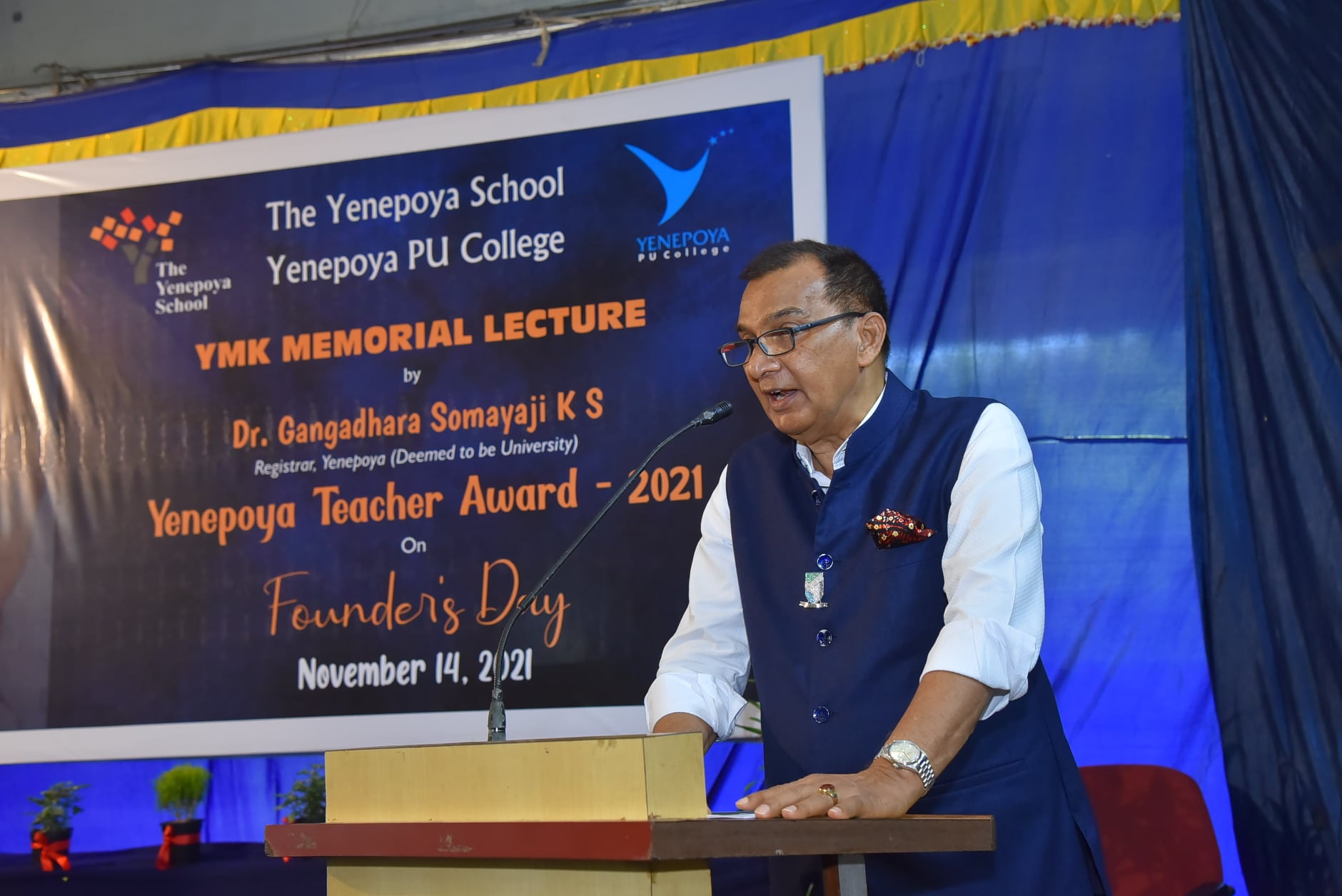 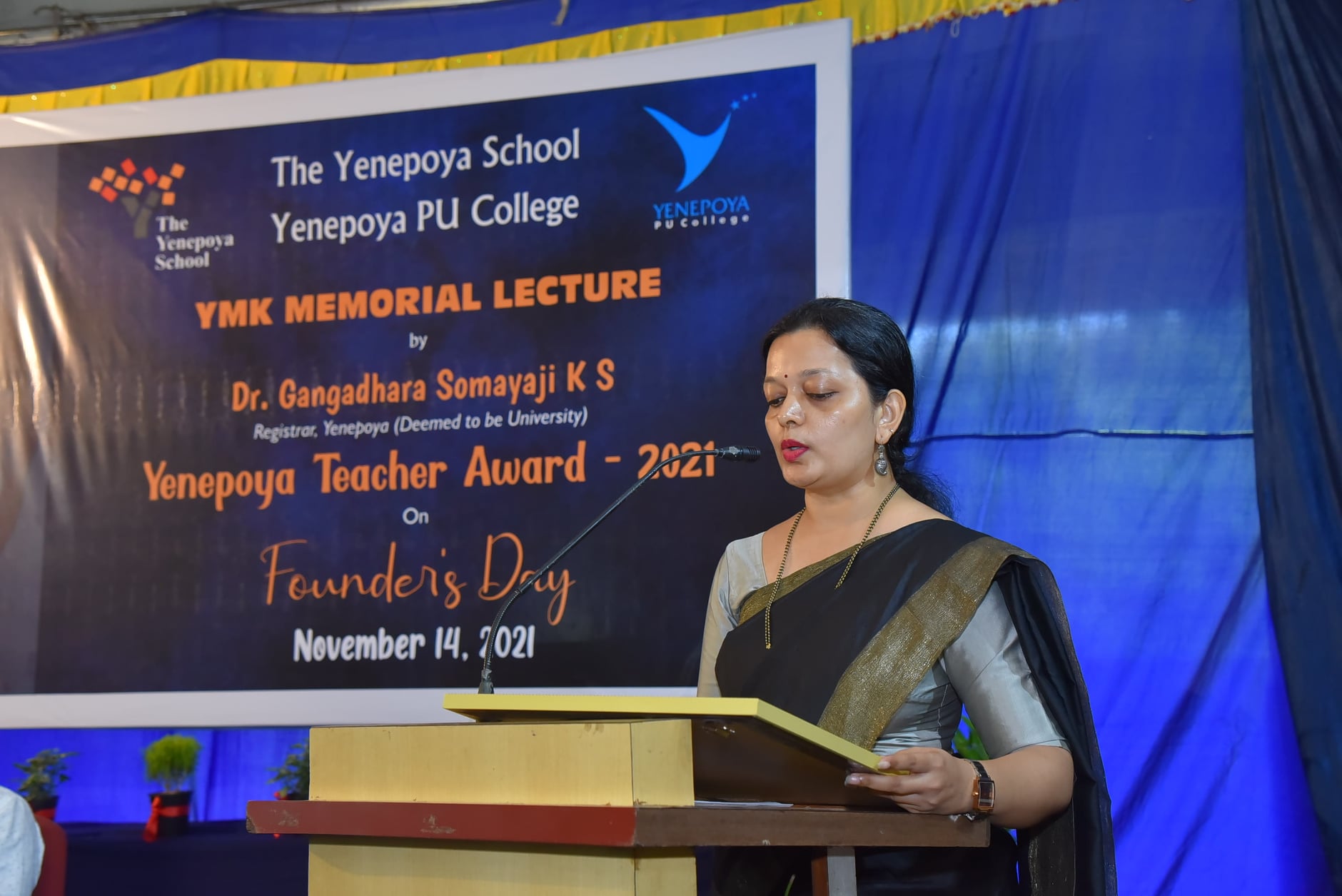 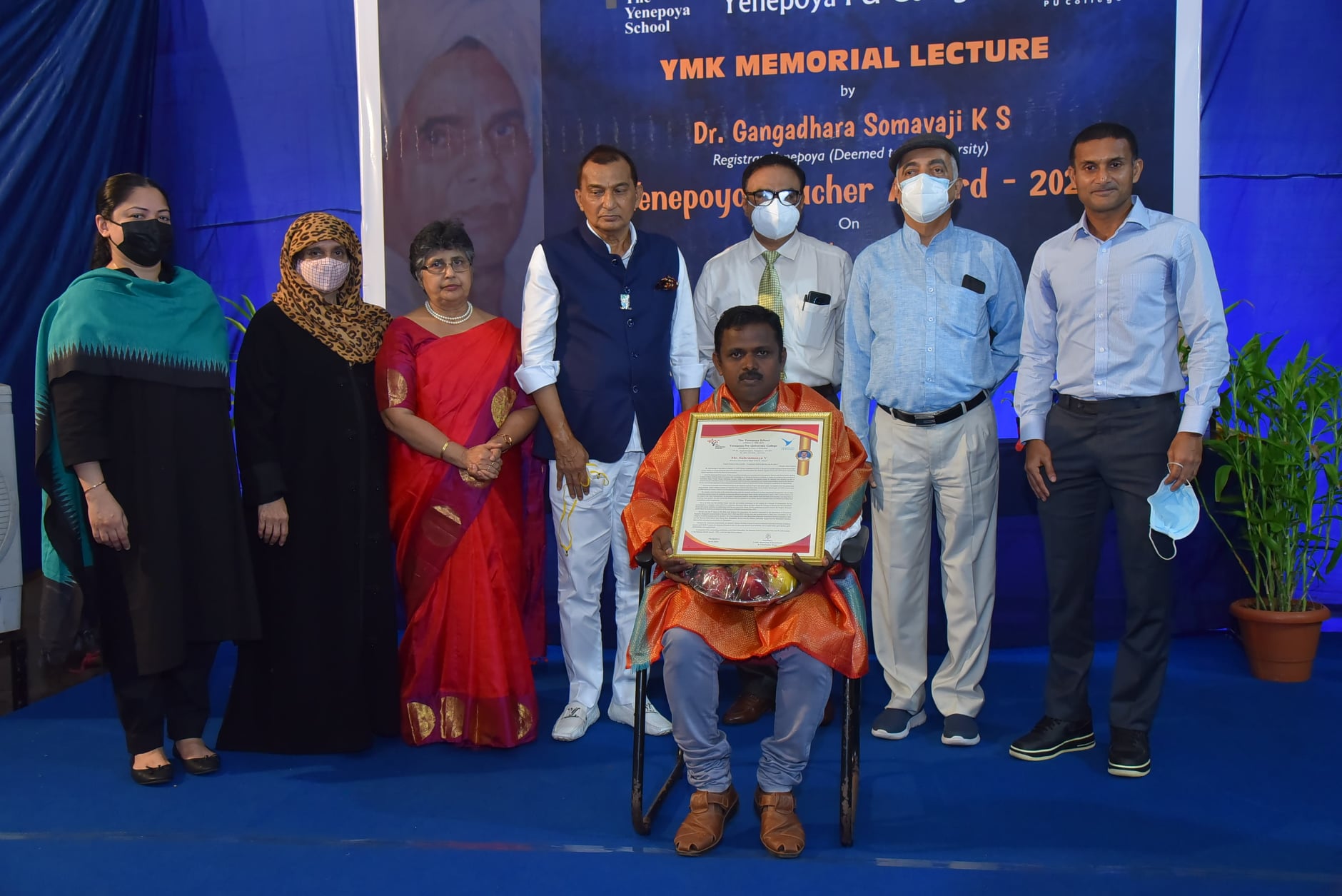 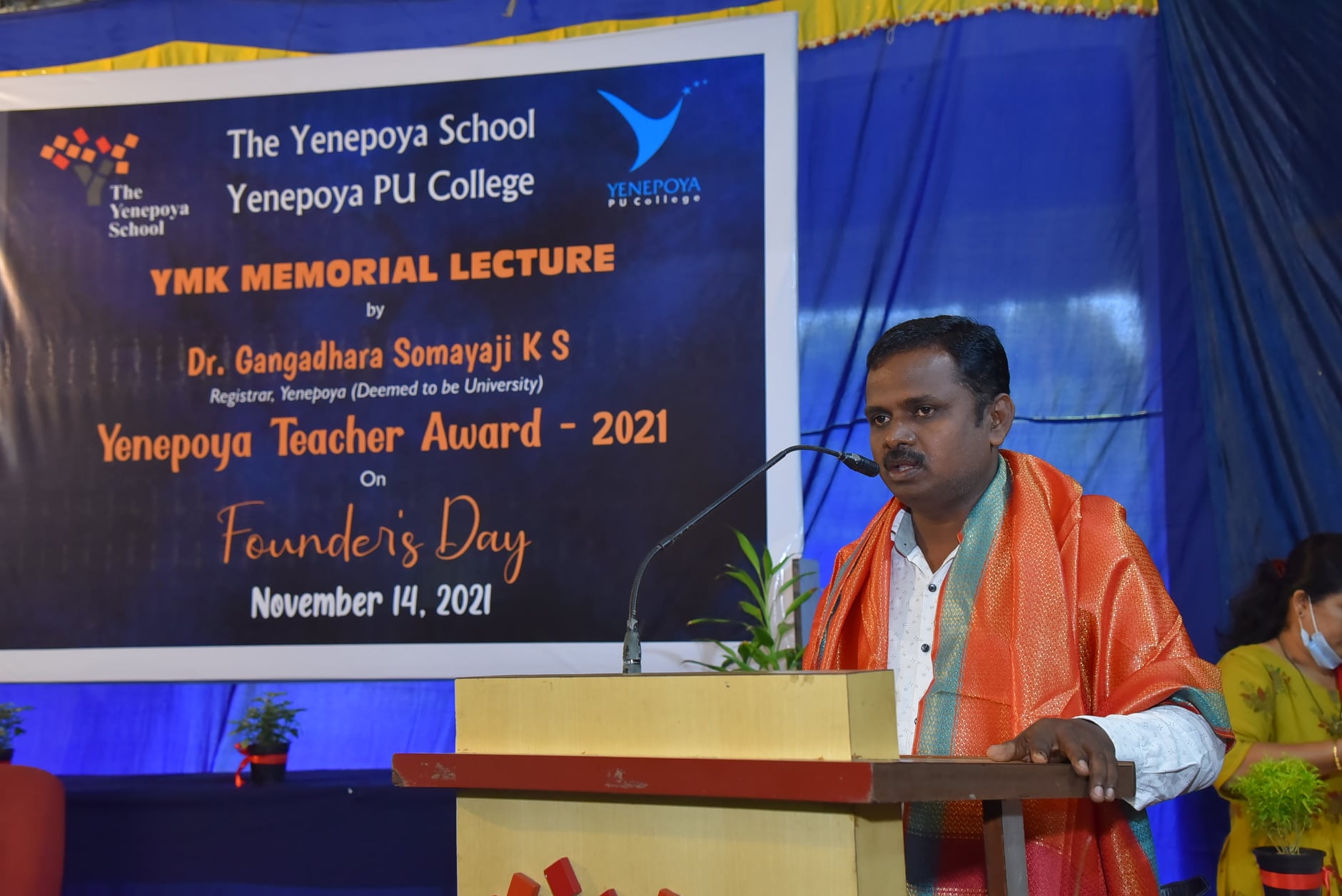 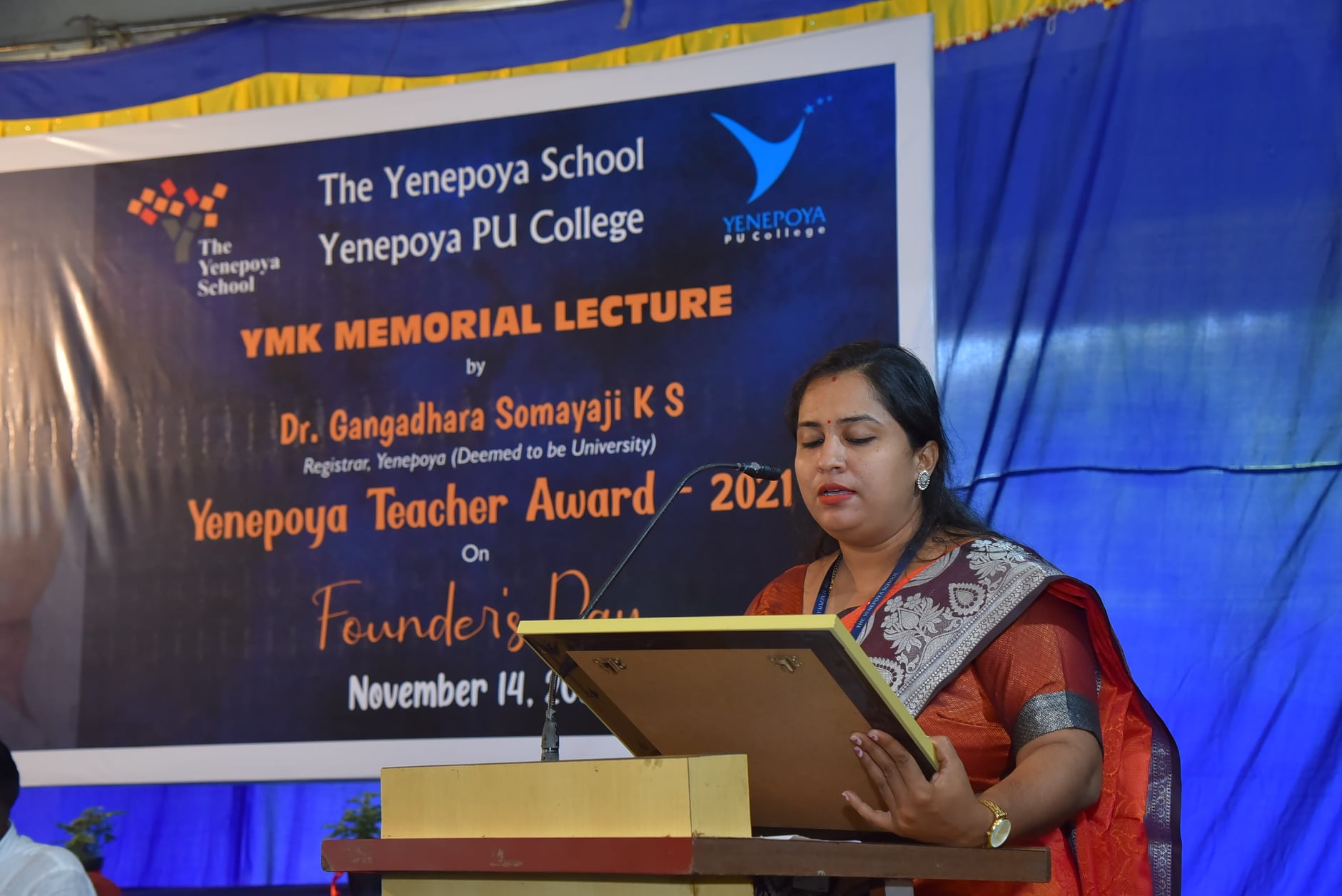 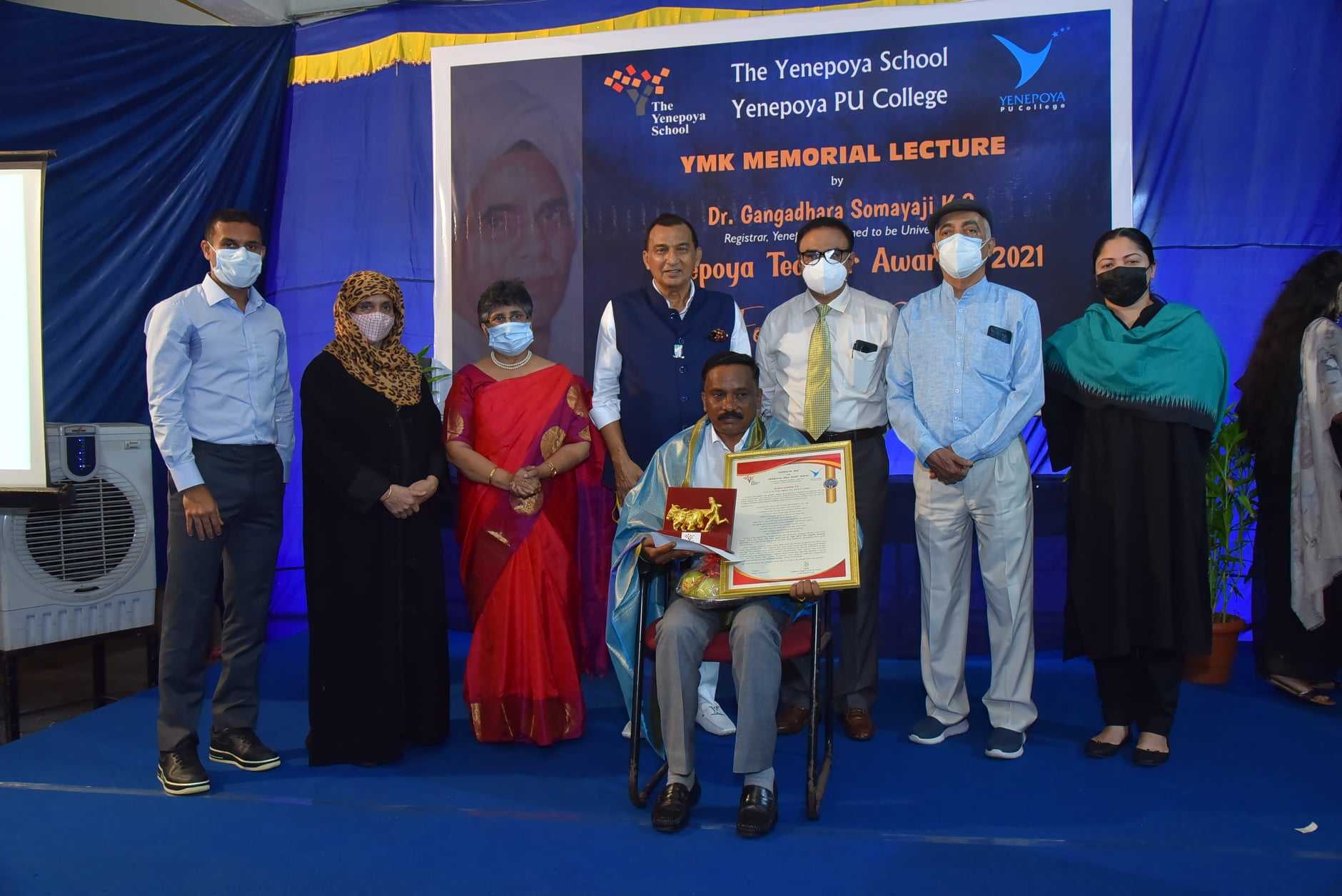 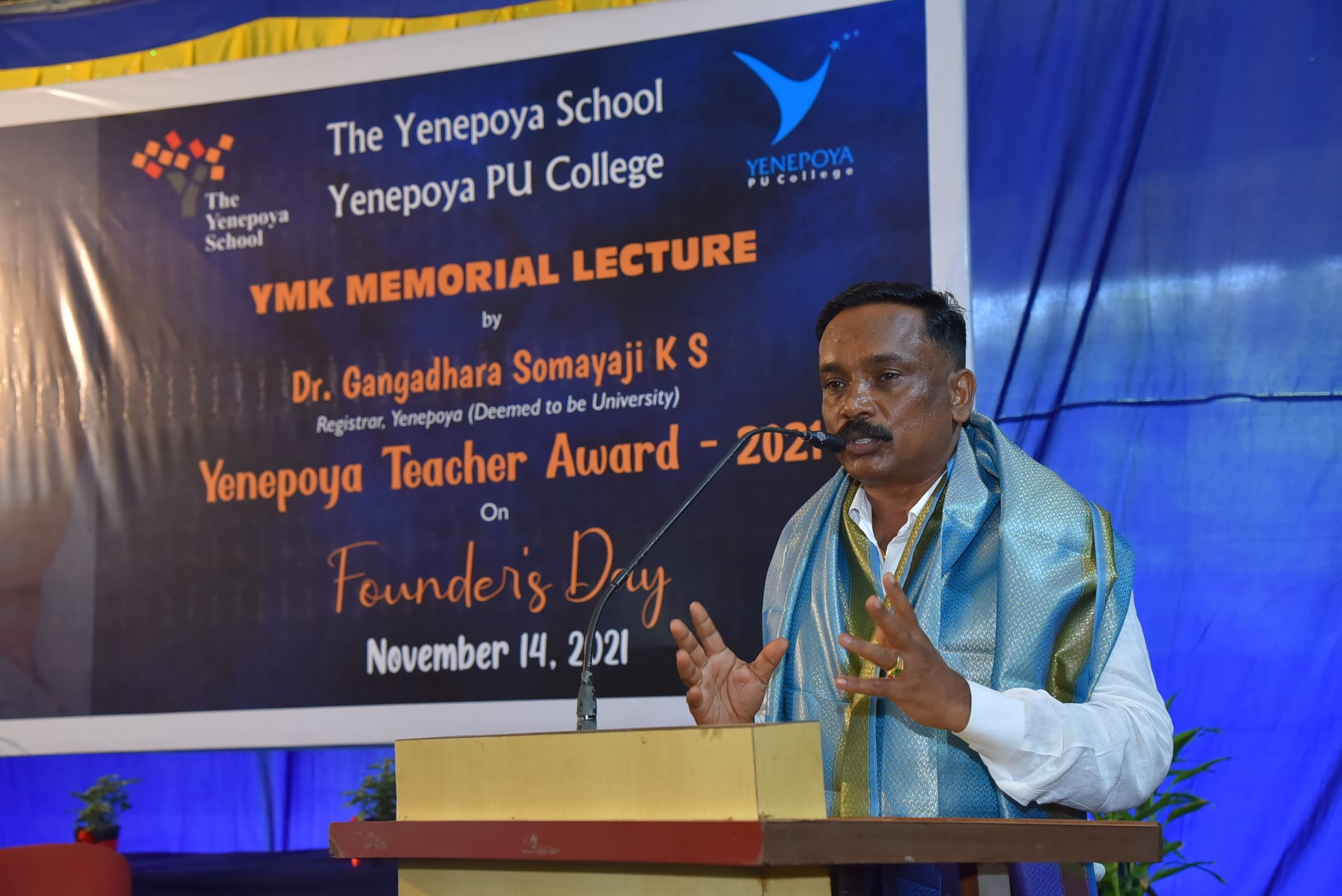 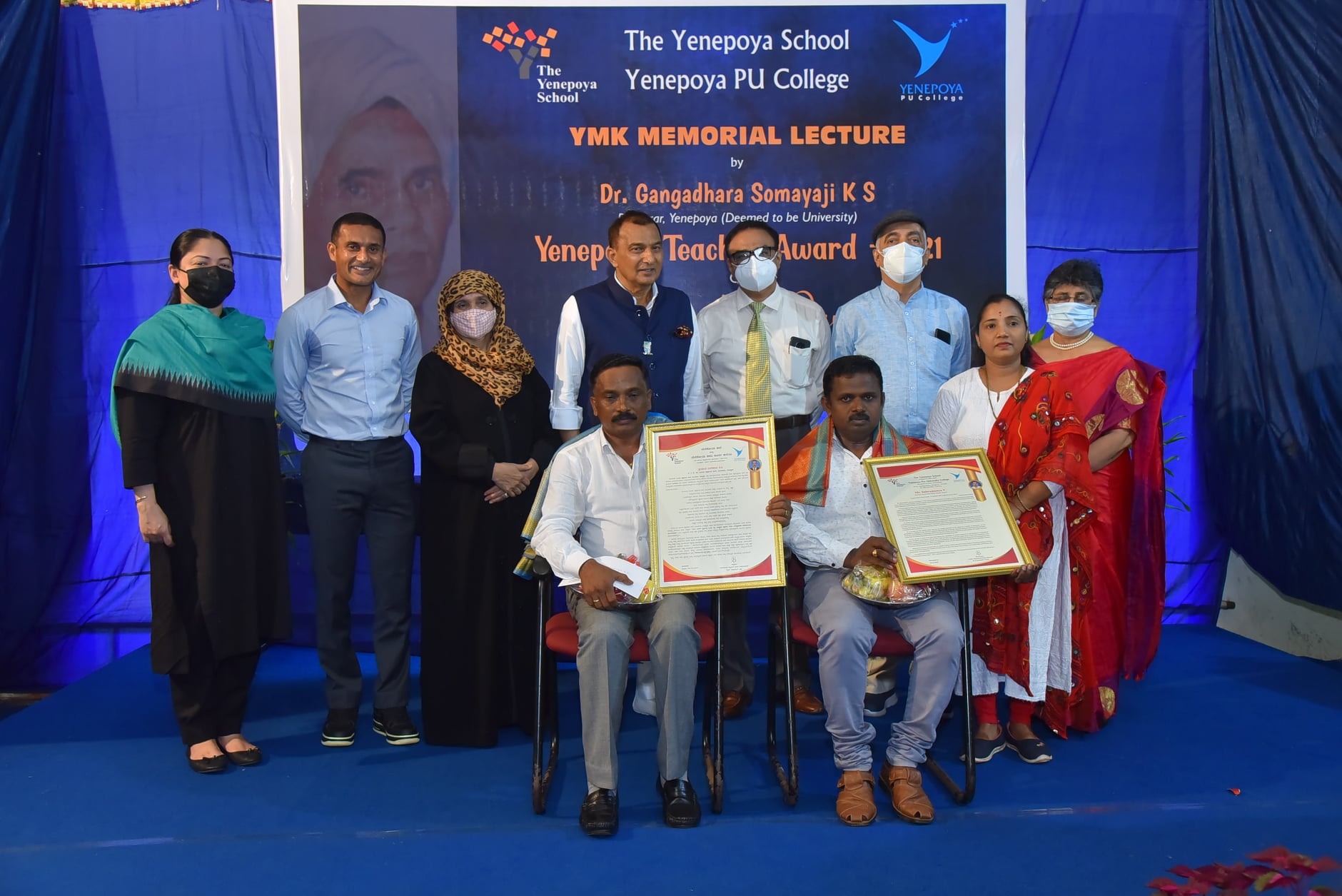 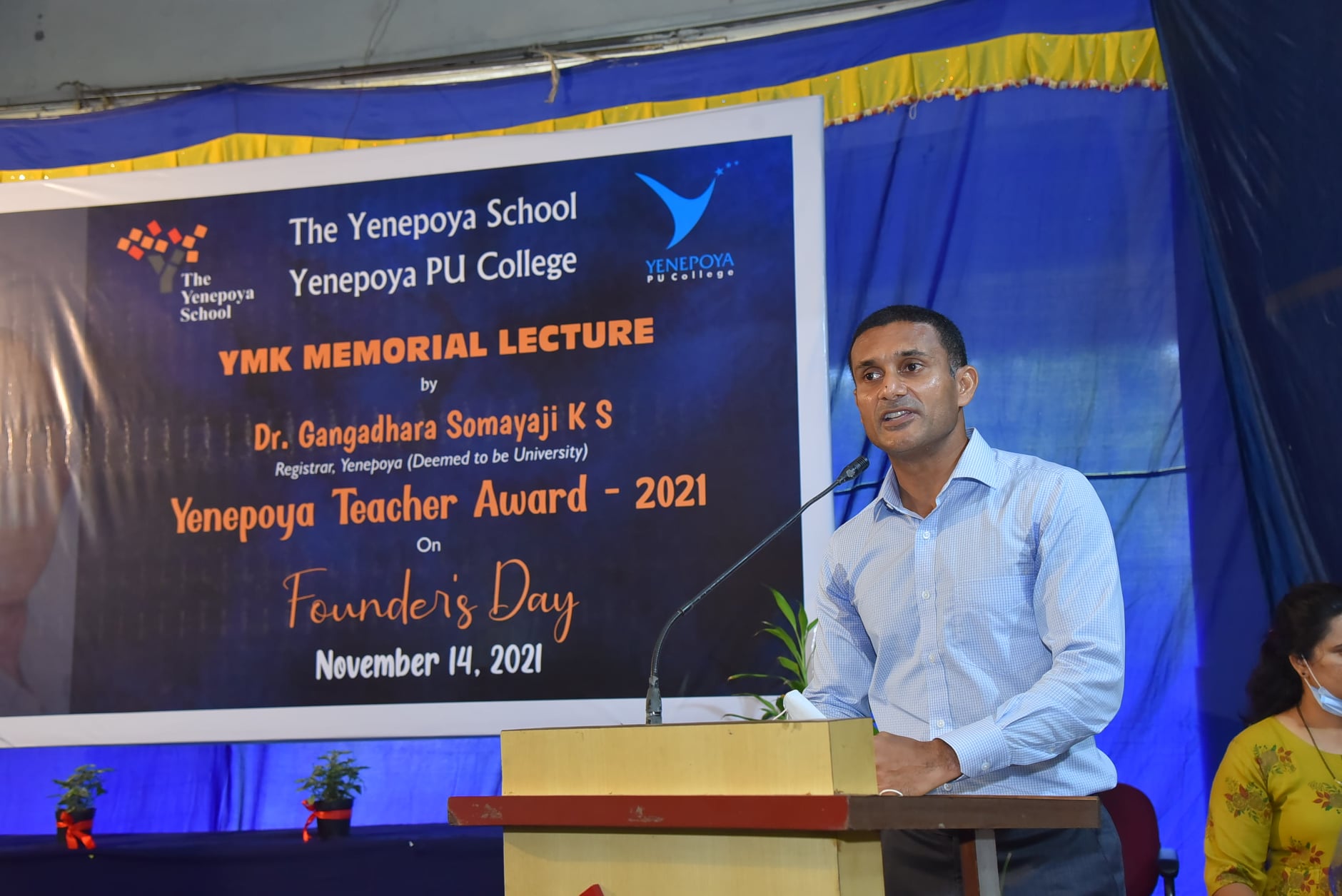 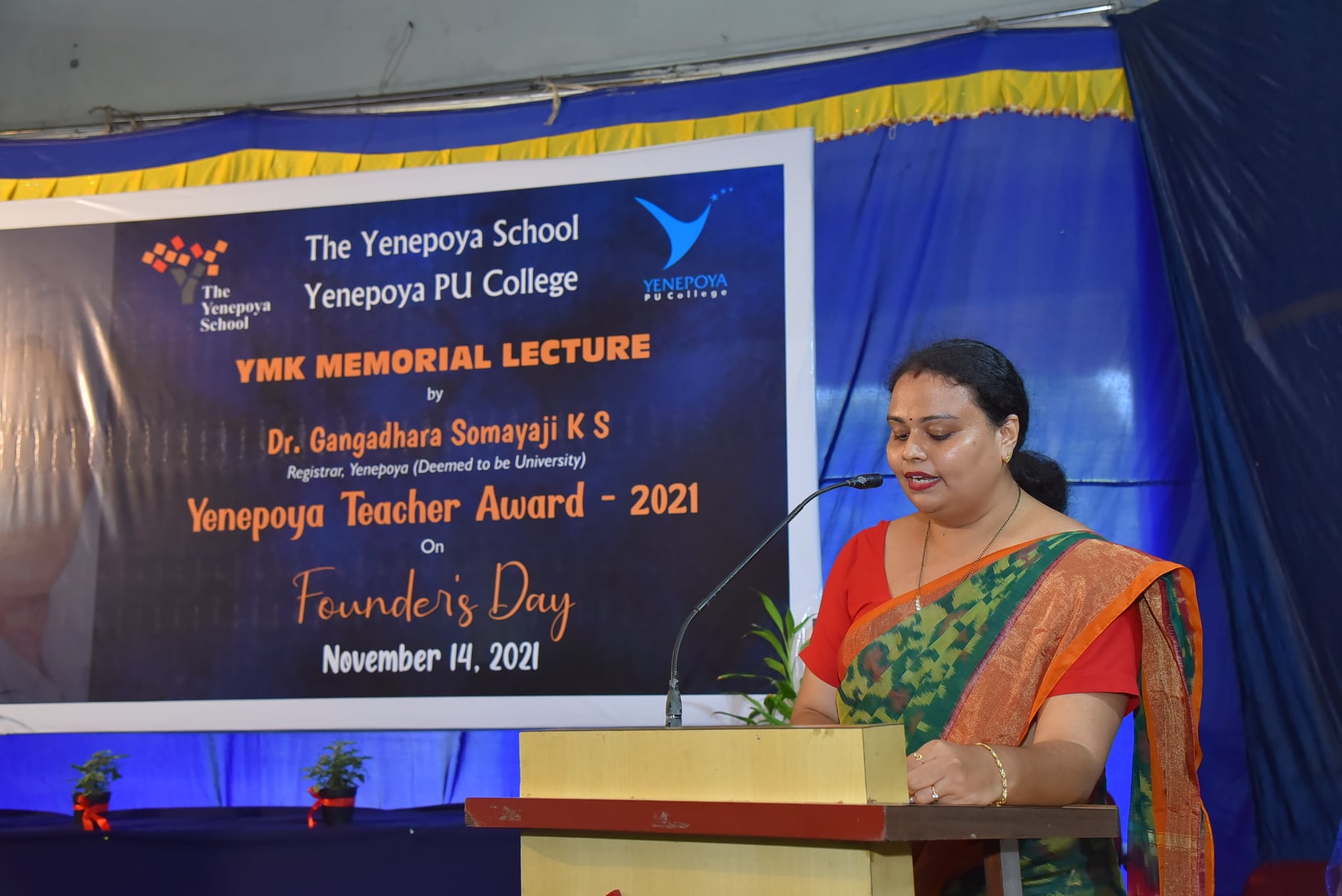 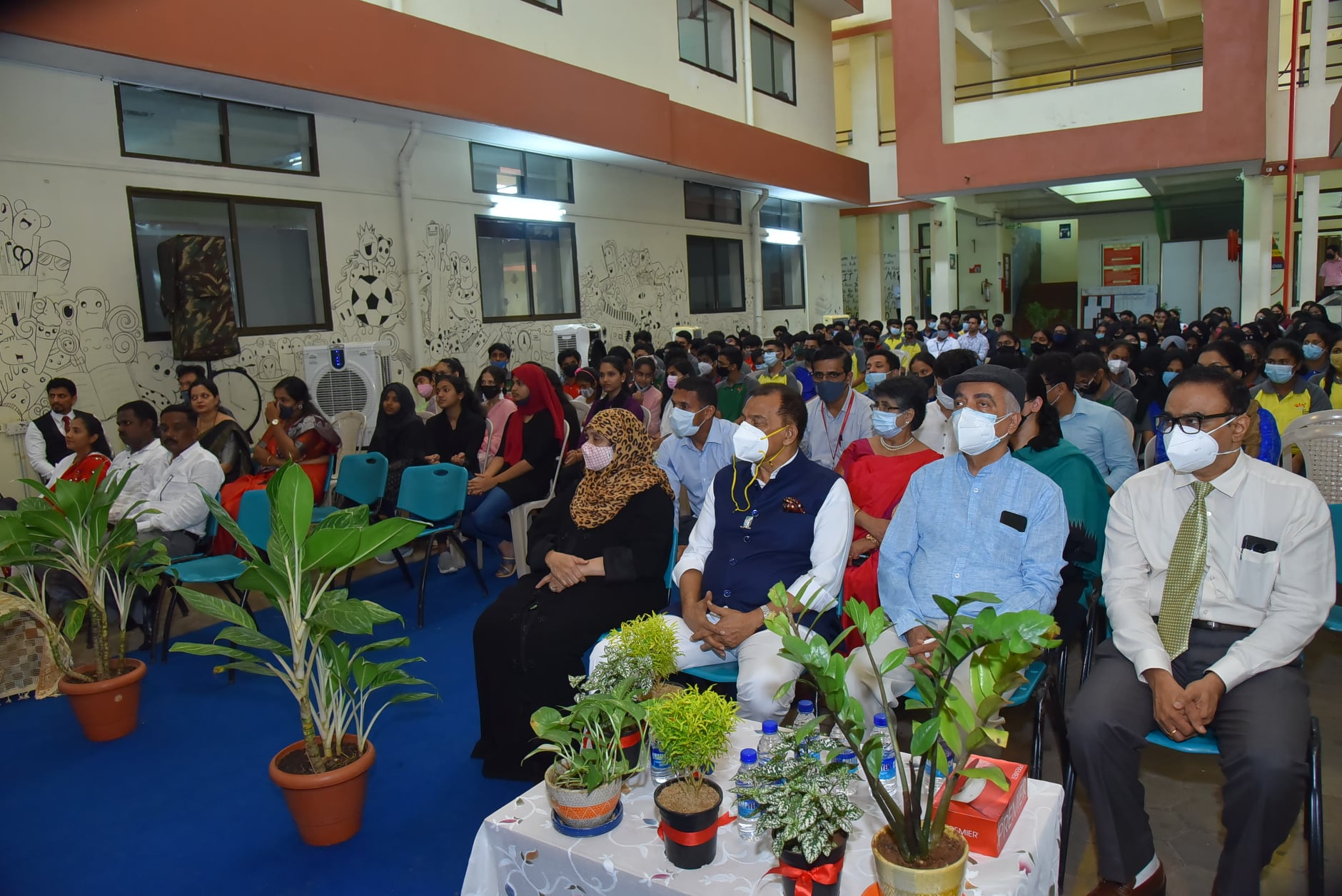 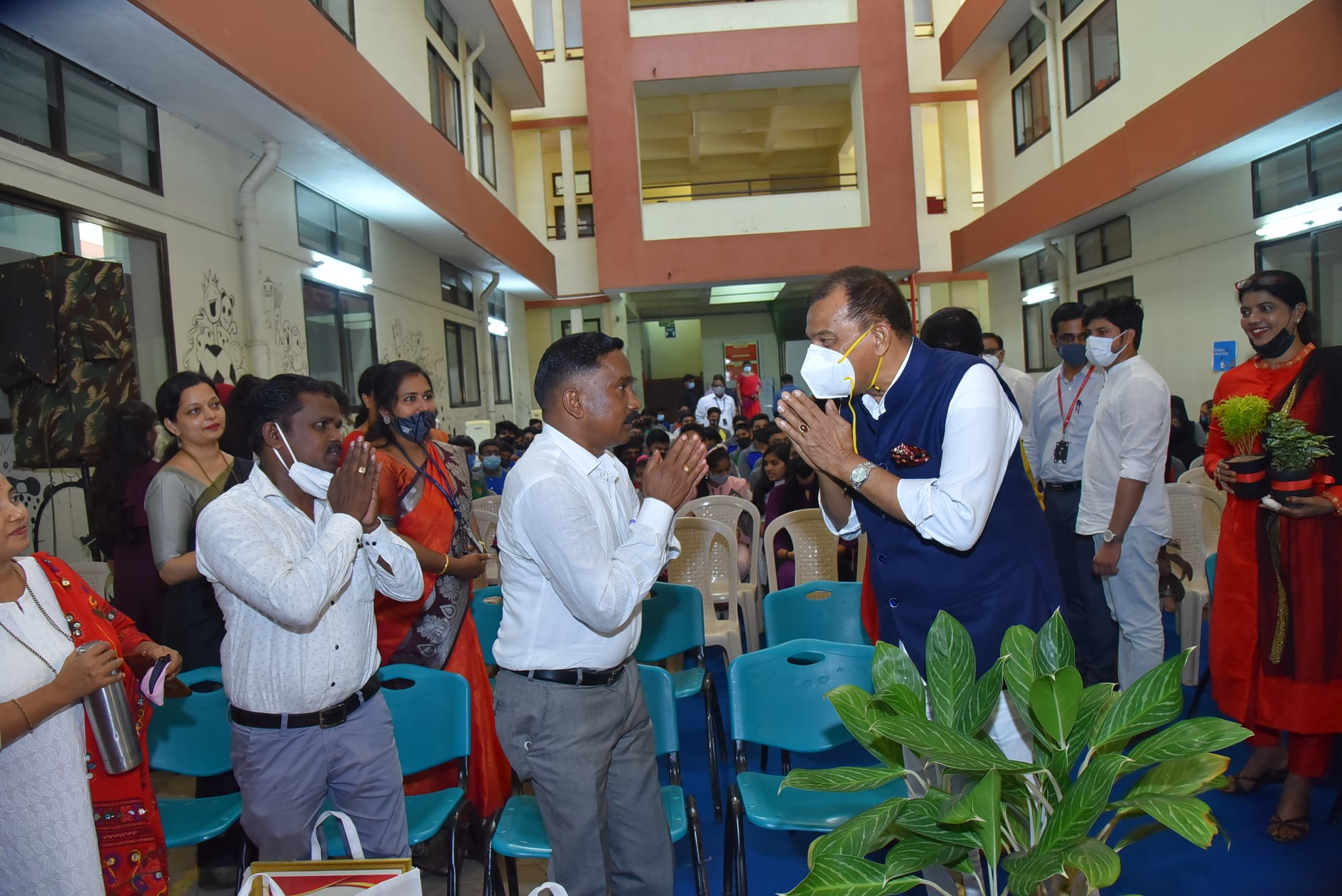